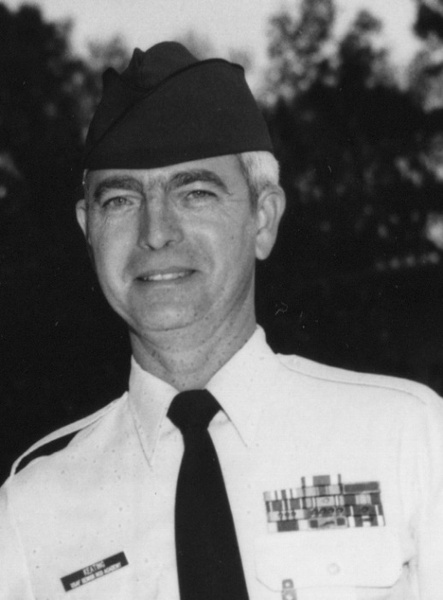 In addition to his wife, Mr. Keating is survived by his children; son John III and wife Theresa, daughter Rita, and son Patrick and wife Diana, as well as beloved grandchildren Marina and John “Will” IV. He is also survived by siblings Patty, Joan, Sally, Kitty, Denny, Terry, Michael, Joe, and Mary Lynne.

Mr. Keating joined the Air Force in 1964 and spent twenty years in the service of his country. He concluded his career as an instructor at the Senior NCO Academy in Alabama with the rank of Senior Master Sergeant.

After a second career in the data communications industry, he retired to Frostburg, where he finished a long-delayed Bachelor’s Degree, graduating at the age of 70 in December 2013.

John was a member of the Knights of Columbus, the American Legion, and Maryland’s Early V8 Ford Club. He enjoyed reading, fishing with his grandchildren, and working on his cars.

Visitation will be held on Tuesday, April 16, 2019 at Durst Funeral Home in Frostburg from 4-7pm. A funeral mass will be celebrated at Divine Mercy at St. Michael Church on Wednesday April 17, 2019 at 11am with Fr. Ed Hendricks as celebrant.

Interment will be in St. Michael Cemetery.

To order memorial trees or send flowers to the family in memory of John Keating Jr., please visit our flower store.