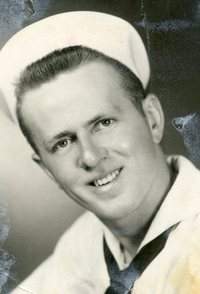 Born March 10, 1936 in Eckhart, he was the son of the late John L. Kidwell and Elsie Rempel.  In addition to his parents he is preceded in death by a sister, Jane (Kidwell) Bittner and brother, Joel Dennis Kidwell.

Mr. Kidwell was a faithful attendee of the Eckhart Baptist Church until he joined the Navy.  He graduated from Beall High School in 1955 and joined the U.S. Navy; he was a veteran of the Korean Conflict.  Due to health problems his term in the Navy was cut short and moved to Baltimore for several years where he met his wife and had two children, Dennis Craig and Lori Kidwell.

John had a heart for the Lord and the down trodden. He gave to many Christian ministries and humanitarian causes while he lived a meager life style.

He loved his family and sending cards for every occasion. “We love you Johnny, you’ll be missed by all.”

To order memorial trees or send flowers to the family in memory of John Kidwell Jr., please visit our flower store.