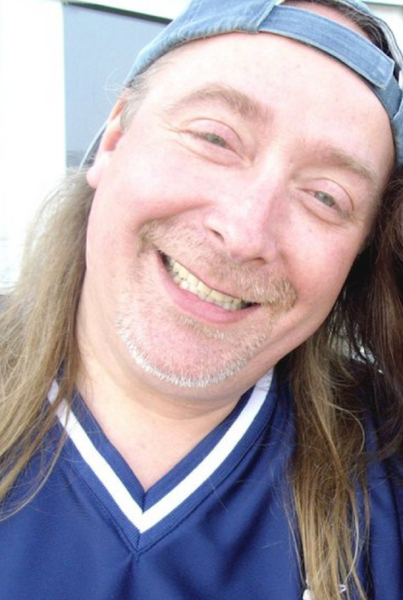 John Leptic Jr., 49, of Finzel, passed away on Tuesday, February 11th, 2020, after various medical difficulties, including his most recent courageous battle with cancer.

Born June 3, 1970, in Cumberland, he was the son of John Leptic Sr. and Lillian (Winters) Leptic, who reside in Frostburg.

Johnny was a graduate of Beall High School and the Vocational Technical Center, class of 1988.

Johnny held various positions, including being a Shipping and Receiving Manager for Kreative Plastics and Quest Industries in Frostburg, Maryland, Channel Home Center, as a Lumber Manager, in Wilmington, DE, and Contour Plastics, as a Plant Manager, in Philadelphia, PA. In addition, Johnny spent several years as an independent contractor installing DirectTV satellite services until his health began deteriorating at the young age of 36.

Johnny was a dedicated member of the 1273 Fraternal Order of Eagles, where he held numerous executive positions. He was an accomplished bowler who belonged to several local leagues and earned countless awards. He was also a very avid and dedicated Dallas Cowboys fan; win or lose, he always stood by the Cowboys since he was little. He enjoyed gardening, hanging out with his friends, living life to the fullest, all while living a simple, carefree life with his family.

Johnny is survived by his beautiful wife, Traci (Fields) Leptic, of 31 years, his beautiful daughters, Tylar Raine and Kaeli, and his brother, Michael.

Per Johnny's wishes, he will be cremated, and there will be no viewing or services. A celebration of life will be held at a later date.

The family would like to thank The Johns Hopkins Pre and Post Lung Transplant teams. An exceptional thank you to Lindsay Fessler, CRNP, who has been by Johnny and Traci's side since his double-lung transplant in 2014. There are indeed no words to express how grateful we were for Lindsay’s over and above work ethics she showed towards "her boy." Lindsay will always hold a very special place in our hearts.  Thank you to PharmaCare of Frostburg, Johns Hopkins Oncology staff and Dr. Lipsom, John Hopkins Otolaryngology staff and Dr. Vossler, Johns Hopkins Neurology staff and Dr. Witham, WMHS Pulmonary Rehabilitation, and WMHS Hospice Care team who made sure Johnny's final days were as comfortable as possible while allowing him to pass with dignity.

The family would also like to thank John Durst and the entire staff of the Durst Funeral Home, in Frostburg, who were entrusted with the arrangements.

To order memorial trees or send flowers to the family in memory of John Leptic, Jr., please visit our flower store.