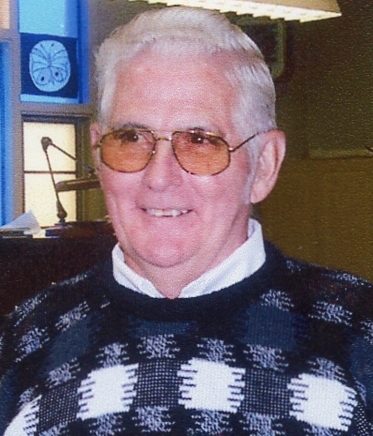 Born on April 14, 1930, in Mt. Savage, he was the son of Agnes Walsh Winn and reared by Cora Walsh of Mt. Savage.  His mother, grandmother and brother-in-law, Ronald Hess preceded him in death.  In addition, he was preceded in death by his wife of 54 years, Dorothy Jo Ann (Sweene) Winn, whom he missed dearly.

He belonged to the American Legion Farrady Post 24 and the Old Iron Rail VFW Post 6025 in Mt. Savage. He retired from Kelly Springfield Tire Company at Mexico Farms on disability.

A Memorial Service will be held at St. John’s Episcopal Church, 52 S. Broadway, Frostburg, MD, on Friday, June 28, 2019 at 11 am with Rev. Karen Crosby officiating.  A luncheon will follow.

His body was donated to the Anatomy Board of Maryland for medical education and his ashes will be returned for inurnment at St. John’s.

Memorial donations may be directed to the Refurbishing Fund for St. John’s Episcopal Church.

To order memorial trees or send flowers to the family in memory of John Winn, please visit our flower store.