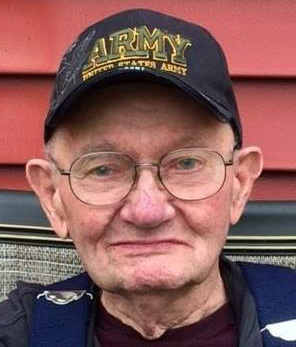 John Raymond “Jack” Yutzy, 85, of Italy, Texas, formerly of Mount Savage, Maryland, passed away peacefully at Baylor Scott & White Medical Center, located near his daughter’s home in Texas, on Saturday, May 21, 2016. His wife and children were at his side.

Born on June 17, 1930 to the late Raymond and DeNoma (Phares) Yutzy. In addition to his parents, Jack is preceded in death by his brother, Gene R. Yutzy, his sister, Carol G. Fram, and his son, Daniel J. Yutzy.

Jack was an Army Veteran serving in the Korean Conflict. He retired as a self-employed contractor and was a member of St. George’s Episcopal Church having served on the vestry and as Jr. Warden. He was a member of Old Rail Post 6025 VFW and Farrady Post 24 American Legion, having served as bugler in both organizations.

A Requiem Eucharist will be held at St. George’s Episcopal Church, 12811 Saint George’s Lane, NW, Mt. Savage, Maryland on Thursday, May 26, 2016 at 11 am with the Right Reverend Martin Townsend officiating.

Interment will be held at St. George’s Episcopal Church Cemetery. Military Honors will be accorded by Farrady Post 24 American Legion.

To order memorial trees or send flowers to the family in memory of John "Jack" Yutzy, please visit our flower store.