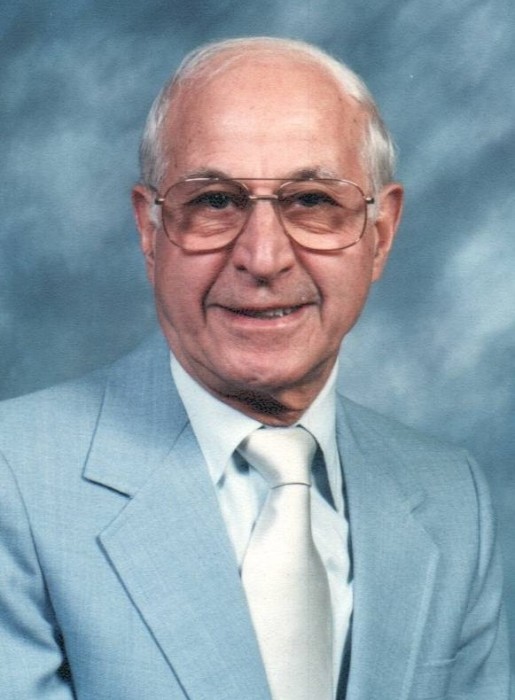 Born on July 24th, 1924 to Salvatore and Rosina (Ruffo) Maley. He was preceded in death by six sisters, Margret, Edith, Florence, Olinda, Virginia and Delphina; and four brothers Michael, Arthur, Eddie, and Raymond.

He is survived by many nieces and nephews.

He graduated from Beall High School in 1941 and worked at the Cumberland and Pennsylvania Railroad and the Kelly Springfield Tire Company. In 1943 he entered the Navy and served as a radioman in the South Pacific. He saw action in the Pacific invasions of Saipan, Palace, Iwo Jima and Okinawa. He was discharged from the Navy in December 1945. He was a graduate of Maryland State Teachers College, now the University, in February 1950. He began his teaching career in Middletown Frederick County. He received a master’s degree and advanced diploma from Teachers College, Columbia University in 1954.

Mr. Maley taught in Harford County at Havre de Grace Elementary. He was appointed assistant principal at the Halls Cross Roade School in Aberdeen in 1958. The following year he opened the new Meadowvale Elementary School where he served as principal until 1973. He was then assigned to the Riverside Elementary School in Jappatown and served until 1981.

Mr. Maley, a member of The Knights of Columbus and served as a Grand Knight of the Havre de Grace Council 2002. He was an active member of Divine Mercy St. Michael Church.as Lector and a Choir member. In 2000 he received the Medal of Honor from the Archdiocese of Baltimore. He has served on the Historic District Commission of Frostburg and as a board member and past president of the Frostburg Museum.

To order memorial trees or send flowers to the family in memory of Joseph Maley, please visit our flower store.