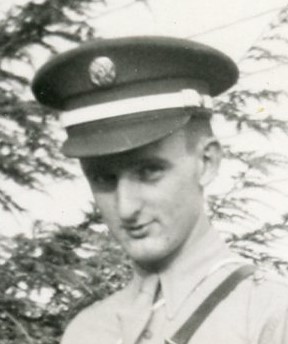 Born August 11, 1923 to Arch A. Baker and Bessie (Clark) Baker in Frostburg. He is preceded in death by his parents, wife, Marguerite A. Baker

Arch was a member of Carlos United Methodist Church and retired from Southern High School as a teacher in the Vocations Program; a WWII U.S. Army Veteran and a 50 year member of Farrady Post 24 American Legion. He graduated from Beall High School in the first class of 1941; attended Frostburg State Teachers College and the University of Maryland graduating with a Master’s Degree.

Arch formed Mountain City CB Radio Club, Inc. in Frostburg and served as President and formed the Frostburg Radio Emergency Associated Communications Team serving as President. He was a GMRS radio operator licensed by FCC, a member of Mountain Amateur Club Cumberland; associated member of Maryland State Police Lodge 40; and a life member of NRA. Arch was made an honorary “Okie” from Muskogee, Oklahoma after an Allied Van Lines Truck Driver was disabled in Flintstone, a citation was given by the Mayor and the City of Muskogee in Oct 1996, a commendation certificate was given by the Somerset County Emergency Management EMA/911 Director during the Tornado emergencies in southern Somerset County in June 1998

To order memorial trees or send flowers to the family in memory of Junior Baker, please visit our flower store.