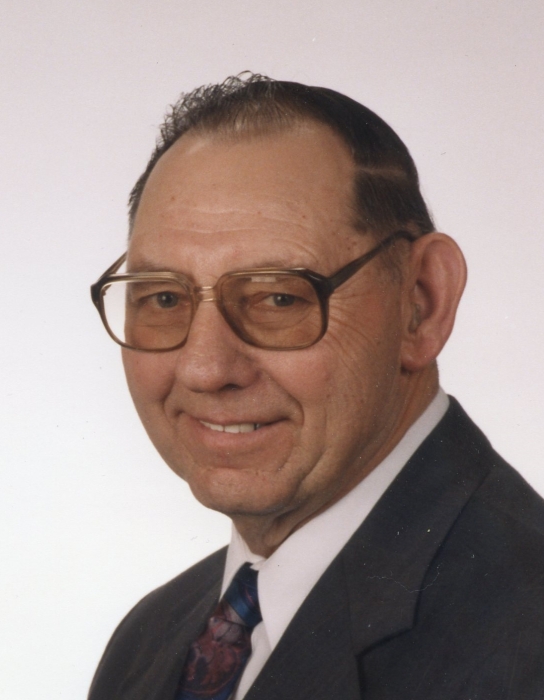 Born October 22, 1930 to the late William and Orpha (Durst) Failinger of Grantsville. He was the last surviving member of his immediate family.  He is preceded in death by his wife Thelma “Beanie”(Marsh) Failinger married February 4, 1951 with 63 ½ years of marriage; brothers, Clyde, Raymond (Ed), John, William, and Donald; sisters, Lydia Mae Failinger, Charlotte Swauger, and Freda Krause.

Jake started in business at the age of 10 raising chickens for sale He went to Grantsville High School graduating in the class of 1947 and worked for Hagen’s Dairy/Creamery; he served in the US Army during The Korean Conflict and came home and went to school at Columbia Technical Institute graduating in 1956 with a draftsman certificate and went to work for Allegany Ballistic Laboratory. He started his own construction company in 1960 building countless home and businesses in the Tri-State area over fifty years. His own business endeavors including Naves Crossroads Office Complex, Dairy Queen, Highland Estates, Carwashes, Laundry Mats and several apartment buildings. Jake’s last major endeavor was Failinger’s Hotel Gunter, which was an eyesore in the middle of town, renovated as a way to give back to a community that had given to him. He was involved in the community in other ways; Beall Elementary, Frost Elementary serving as PTA President, Frostburg Lions Club member, serving 50 years holding many offices, including President and Vision Chair. Honored as a “Melvin Jones Fellow”, one of the highest recognition awards in Lion Club International.

Jake was a member of Western Maryland Home Builders Association, President-two times, National Representative/Director for 15 years; Blough Memorial Bowling League at Sherwood Lanes, Frostburg Business and Professional Association and St. Paul’s Lutheran Church where he served on several committees and various projects over the years. In recent years, he also attended church with his daughters and grandchildren at Christ Lutheran Church in LaVale.

He was very supportive of his children and grandchildren’s activities, loved to travel, give hugs, telling jokes, and watching sports. Jake had a strong belief in God and America. He and his wife were generous contributors behind the scenes to many charitable causes both locally and nationally.

The family would like to thank the staff for the care he received from WMHS including the Emergency Department, High Level Care, PCU, Rehab, Home Care and Home Hospice. Many thanks to Jake’s caregivers, Jenny, Nancy, Rose and Kim.

Funeral services will be held at St. Pauls Lutheran Church, Frostburg on Sunday, September 20th, 2015 at 2 pm with Rev. Richard Schoenly officiating. Family and friends will be received one hour prior to services.

The family requests in lieu of flowers, donations be made to Frostburg Lions Club, PO Box 371, Frostburg, MD 21532.

To order memorial trees or send flowers to the family in memory of Kermit "Jake" Failinger, please visit our flower store.