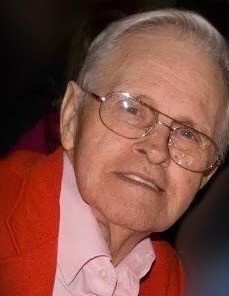 Born August 10, 1929 in Frostburg, MD, he was the son of the late Robert and Agnes (Murphy) Connor.  He was the last remaining member of 7 brothers and 4 sisters.  He was also preceded in death by his wife of 63 years Joyce Louise (Burch) Connor and great-granddaughter Allyson Semler.

Leon was a graduate of the 1948 class at Beall High School in Frostburg, MD and attended Frostburg State College in Frostburg, MD.  He was self-employed and retired as co-owner of The Carpetman Decorating Shoppe and Viking Men’s Wear in Frostburg, MD.  Leon served his country which he loved in the United States Air Force during the Korean War. Due to his great patriotism, he was known in the area for dressing up like Uncle Sam and passing out small American flags and candy in various business establishments all over Hagerstown.  He enjoyed traveling, Pirates baseball and his family.

Due to COVID-19, there will not be a public memorial gathering.  A private graveside service with military honors will be held at Rocky Gap Veterans Cemetery in Flintstone, MD.

In lieu of flowers, memorial donations may be made to a place close to Leon’s heart and something he was proud of being himself – the veterans of our country:  Wounded Warriors Project, P.O. Box 758516, Topeka, Kansas 66675-8516 or you may visit their website

To order memorial trees or send flowers to the family in memory of Leon Connor, please visit our flower store.