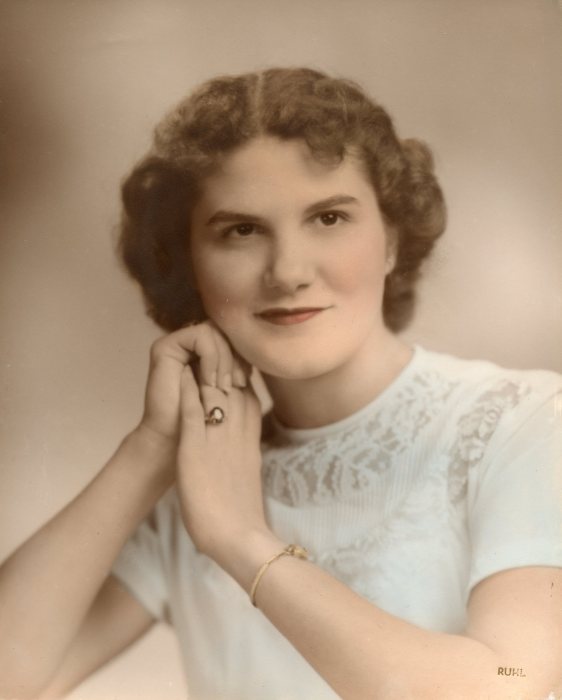 Leona was born on December 28, 1933, in Mt. Savage, to the late Benjamin H. and Lillie (Norris) Lashley.  In addition to her parents, Leona was preceded in death by her seven brothers and five sisters.

A 1951 graduate of Beall High School, Leona worked at Montgomery Ward, where she met her husband, Clarence.  She also worked at First & Second National Bank in Cumberland, MD.  Shortly after the birth of their first child, she became a stay-at-home mom, raising four children and helping to care for her four grandchildren.  Leona was an active member of the Mr. Savage United Methodist Church and served as treasurer for the United Methodist Women.  She helped organize numerous church events and was a willing, selfless volunteer.

Memorials in Leona’s memory may be made in her name to the Mt. Savage United Methodist Church Stained Glass Window Fund, 12619 New Row, Mount Savage, MD 21545.

We feel blessed to have had such a strong, gentle and loving woman with us for so long.  Mom was the perfect example of kindness, compassion and wisdom as she taught us how to live our lives as better people.

To order memorial trees or send flowers to the family in memory of Leona Felker, please visit our flower store.