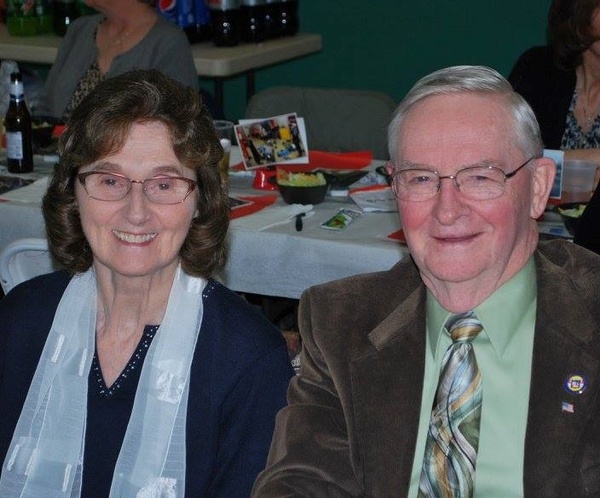 Linda Gertrude Mackay, 80, of Frostburg, went to be with the Lord on Tuesday, May 17, 2022. She passed peacefully at home with her family by her side.

Linda met the love of her life, her husband Walter “Bill” Mackay, when they both played in the marching band at Beall High School in 1957. They got engaged on her 18th birthday, were married on April 15, 1961, and recently celebrated 61 years of marriage.

In addition to her role as a wife and mother, Linda did the bookkeeping and many other tasks for Shupe’s Pharmacy, the local business she and Bill owned for 26 years. She also was a dedicated member of Faith Independent Baptist Church where she not only served as secretary/treasurer for more than 25 years, but also handled everything from ordering flowers to cleaning the sanctuary. She taught Sunday School at the churches she previously attended, including the adult class at Frostburg United Methodist Church and the early elementary class at First Congregational Church.

As a young child and teen, Linda spent much of her time at her grandfather’s stable taking care of the horses he owned and boarded. She enjoyed riding and showing horses and won many ribbons and trophies, including first in class at the Cumberland Horse Show with her beloved pony, Sandy, when she was only 8 years old.

In the 1980s, Linda learned Tae Kwon Do at the dojo of Sensei Dane Harden and reached the rank of brown belt. In 2013, she was presented an honorary shodan black belt by Western Masters Martial Arts.

Linda enjoyed traveling with Bill to Williamsburg, Va., and Lancaster, Pa., and on the Mississippi Delta Queen, as well as listening to Johnny Mathis albums, collecting Hummel figurines and Annalee dolls, and reading her Bible. She also liked to watch crime shows and action movies (but always said she could do without the swearing) and enjoyed spending time outside working in the yard. Linda loved Christmas and took great pleasure in finding the perfect decorations for every part of her home, both inside and out.

In addition to her husband, she is survived by her children Linda “LuLu” Buckley and husband William “Billy” of Owings, and Lisa Murray and husband Ian of Seattle, Wash.; her sister Joan Sanders and husband Richard “Dick” of Oakland; grandchildren Madeleine “Maddie” Buckley, David “DJ” Buckley, and Aidan Murray; nephew Brian Sanders and his son Justin Sanders, as well as several cousins. During the last year of her life, her home health aide Dana Poling became a treasured friend to Linda.

Services will be held at the funeral home on Sunday, May 22, at 6 p.m., with long-time family friend Pastor Teddy Herron officiating.

Memorial donations can be made to The Michael J. Fox Foundation for Parkinson’s Research, P.O. Box 5014, Hagerstown, MD.

To order memorial trees or send flowers to the family in memory of Linda Mackay, please visit our flower store.