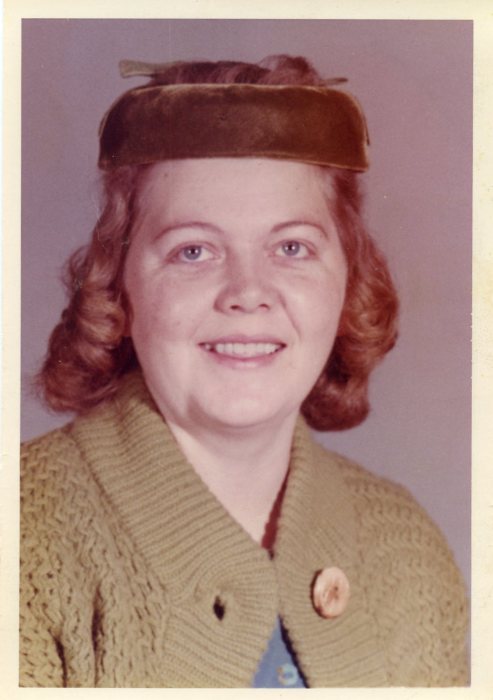 82, of Frostburg went to be with the Lord Friday, January 6, 2017, while a patient at the Western Maryland Health System in treatment for serious health concerns.

Born January 23, 1934, in Carlos while having spent the majority of her early years in Midlothian, she was the daughter of the late William and Gertrude (Skidmore) Cutter.  She was also preceded in death by her first husband, Robert Hilary Lancaster, and two brothers, Joseph Cutter and Roger Cutter.

Mabel grew up in a family of coal miners, who demonstrated a skilled work ethic and devotion to getting the job done.  She was a talented homemaker who loved to garden, cook, care for others, dance, sing, and especially love her children and brothers.  On any given day when she was a younger woman, it would have been typical to find her at home baking pies, making several gallons of vegetable soup, canning bushels of beans, peaches, or tomatoes, or hanging laundry on her outside lines.  To her family she was known as a hard worker and a stubborn individual who would speak her mind and make clear what she believed was the correct story to be told.  She enjoyed talking about family history and her memory of those events was excellent. She especially loved spending time with her cousins and sitting outside for family picnics.  To her family she was a solid influence that helped to hold things together during good times and bad.  She will be sadly missed but we will be comforted to know she is with her beloved Jesus.

Friends will be received at Trinity Assembly of God Church, Old Midlothian Road, SW, Midlothian, MD, on Tuesday, January 10, 2017, at 11:00 a.m. A memorial service will be conducted at Noon, with Pastor Rob Culler officiating.  Burial will follow at the Frostburg Memorial Park

Special thanks to Durst Funeral Home, the many staff members of the Western Maryland Health System who assisted with Mabel’s care during her last days and to the family and friends who visited her and provided comfort.

To order memorial trees or send flowers to the family in memory of Mabel Kennell, please visit our flower store.