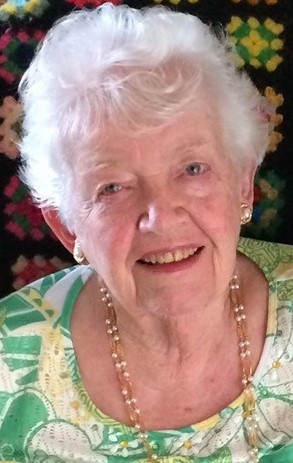 Margaret Marshall Langan of Frostburg passed away at her home on Tuesday, June 22, 2021 at the age of 95. She was born to Edwin and Anna (Howard) Marshall on November 5, 1925. In addition to her parents, she was preceded in death by her husband, Edward Ryan Langan in 2003 and by her daughter-in-law, Debra Langan in 2017.

Margaret was a devoted wife and mother who cherished her family.  She spent all of her time educating and supporting her children in all aspects of their life.  Her role as being “the best mom ever” continued to grow with her passion for watching her grandchildren grow and prosper into young healthy adults.  Not surprisingly, her greatest past-time was watching her great-grandchildren smile and play.  Other hobbies included cooking family dinners, watching her children play sports, baking desserts, sewing, gardening, knitting, reading and square dancing.  Even though she graduated from Frostburg State Teachers College with a degree in Elementary Education, she chose the harder path of being a stay-at-home mom.  She will be greatly missed, but her memories will endure forever.

The family is especially grateful to Dr. James Moen, the Hospice Team and the fine group of ladies at the Commons of Cumberland assisted living facility.  A heartfelt thank you also goes out to the special team of caregivers who cared for mom at home.

A private funeral service will be held at a later date with Father Doug Kenney officiating.

To order memorial trees or send flowers to the family in memory of Margaret Langan, please visit our flower store.