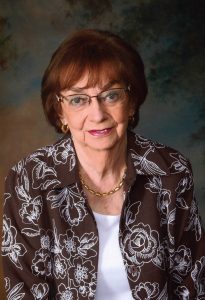 Margaret Lyons, age 94, of Rockville, MD passed away on Wednesday, March 13, 2019, surrounded by her family at home.

Margaret was born March 4, 1925 in Frostburg, MD and was raised in Clarysville. She graduated from Beall High School and the Sacred Heart Hospital of Nursing in Cumberland, MD. She worked for many years as a public health nurse in Montgomery County.

Margaret was preceded in death by her beloved husband William Lyons who died in 1984, her parents Russell and Agnes (Cosgrove) McMurdo, and brother Daniel McMurdo

Relatives and friends may call at St. Patrick’s Church, Norbeck & Muncaster Mill Roads, Rockville, MD, on Monday, March 18, beginning at 11a.m. where Mass of Christian Burial will be celebrated at 12 p.m.

A memorial service will be held at Durst Funeral Home, 57 Frost Ave, Frostburg, MD, on Wednesday, March 20, 2019, at 1 pm with Father Ed Hendricks officiating.  Family and friends will be received at the funeral home one hour prior to the service.

To order memorial trees or send flowers to the family in memory of Margaret Lyons, please visit our flower store.