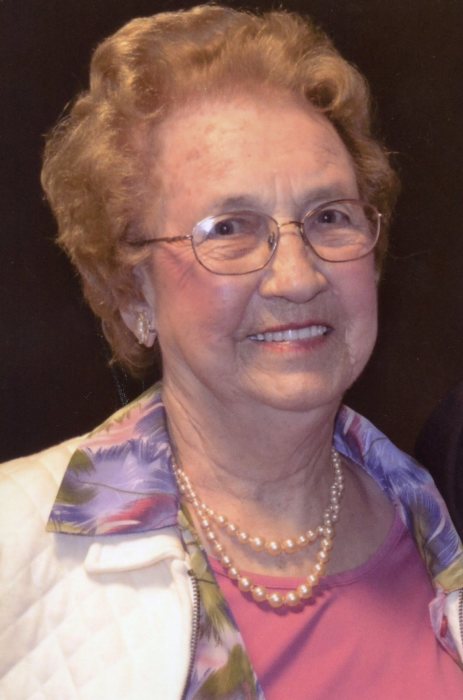 Marian Esther Brown, age 86, of Frostburg, went home to be with her Lord on Friday, December 15, 2017, at Frostburg Village, following a short illness.

Born October 12, 1931, in Shaft, Maryland, she was the daughter of the late William McKee and Bessie (Munsie) McKenzie.

Marian was preceded in death by her husband of 49 years, Milton “Pete” Brown, a special friend, Dale Chapman, and by her siblings: brothers John McKenzie, Harvey McKenzie, and Franklin McKenzie; and sister, Anna “Kathleen” Burkholder.

Marian was born, raised, and lived in her family’s home place.  She enjoyed the values of small town life, often sitting on the porch with friends, simply chatting about everything.  She was a member of Shaft United Methodist Church.  An organized and methodical woman, Marian followed morning traditions of reading her Bible and completing the newspaper’s cryptoquote over a cup of coffee.  She was employed at the Princess Restaurant for over 30 years, having worked for three generations of the Pappas family.  She enjoyed waitressing and serving people, and was a faithful caregiver for her disabled husband for many years.  She took pride in her family and lived a sacrificial life.

Funeral services will be conducted at the funeral home, at 12:00 noon, on Monday, December 18, by Rev. Everett J. Spence of God’s Ark of Safety.  Friends will be received one hour before the service.

To order memorial trees or send flowers to the family in memory of Marian Brown, please visit our flower store.