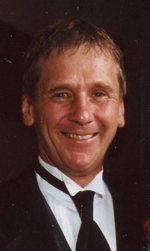 An avid and active man, Barry lived life to the fullest. There was never an opportunity for the grass to grow under his feet. When one needed something fixed, Barry was the man for the job. His meticulous attention to detail revealed the pride he took in all that he did for others. Barry loved sports and never found a sport at which he did not excel and leave others slightly envious of his ability. Times that Barry could be found at most peace in life he would be found in his garden accompanied by the love of his and life and apple of his eye, Baylee Reese, and his two four legged sons Mousse and Tanner. Baylee and Poppy shared a bond that can never be replicated between two souls and warmed that hearts of all that knew their love of each other.

In observance of the Episcopalian tradition during Lent, the family request that in lieu of flowers, please turn your generosity by helping others as did Barry by donating to the Animal Shelter of Allegany County or donate blood to the American Red Cross.

To order memorial trees or send flowers to the family in memory of Marvin Beutelspacher, please visit our flower store.