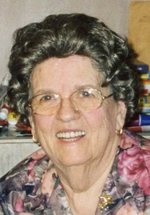 Mary Catherine Carder, 84, of Slabtown, passed away on Thursday, March 21, 2013, at the Frostburg Village Nursing Home.

Born July 17, 1928 in Slabtown, Mrs. Carder was the daughter of the late Roy Folk and Anna Bishields Folk. She is also preceded in death by her husband, John Carder.

Mrs. Carder worked all her life, employed first by the Undergarment Factory, then many years by the Celanese Corporation until her retirement. She was later employed by the cafeteria at Frostburg State University.

She was a life-long member of St. Georges Episcopal Church in Mount Savage where as a young woman she taught Sunday School. Later in life she was a member of the Women of St. George’s and participated in many church activities, among them the monthly Potato Bars and yearly Holiday Bazaar and Dinner.

To order memorial trees or send flowers to the family in memory of Mary Carder, please visit our flower store.