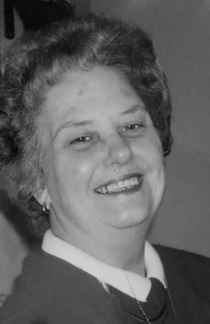 Born Jan. 22, 1932 in Midland, she was the daughter of the late Charles M. Preston and Mary S. (Quinn) Preston. She was preceded in death by her husbands, Augustine “Augie” Martirano and Charles Hice; brother, Charles Preston; sister, Catherine Ritchey; and brother, James Preston.

Mary is survived by her three children, Susan Himmelwright, Middletown, MD; Joan Davis, Frostburg; and Kathryn Olivier, Greencastle, PA. She was blessed with six grandchildren - Adam and Amy Himmelwright, Brian and Jennifer Davis, and Katrina (Olivier) Ross and Malorie Olivier. She was also blessed to be a great-grandmother. Her surviving siblings are brother, Ben Preston and wife Peggy; sisters, Darlene Spataro and husband Robert, Frostburg; Shirley Rafferty, Frostburg, Eleanor Carr and husband Richard, Corriganville, and also surviving are a number of nieces and nephews.  Mary also enjoyed the company of her stepchildren’s families; Tom Hice and Amy Ross both of Newport News, Virginia.

Mary was a nursing assistant at Sacred Heart Hospital on the cardiac care unit for 24 years.  She gained admiration and acknowledgement from many patients who were privileged to have Mary’s care at their bed side.  In her spare time she enjoyed cooking, baking cakes and cookies, planting flowers in her garden, walking, and crocheting. Her friends and family pay tribute to her, ‘Mary was one of the kindest people you could ever meet, she opened her heart and her home to all who visited over the years.  Mary was a caregiver, a lover of children, and took pride in making others feel cared for. She will be sorely missed.’

To order memorial trees or send flowers to the family in memory of Mary Martirano-Hice, please visit our flower store.