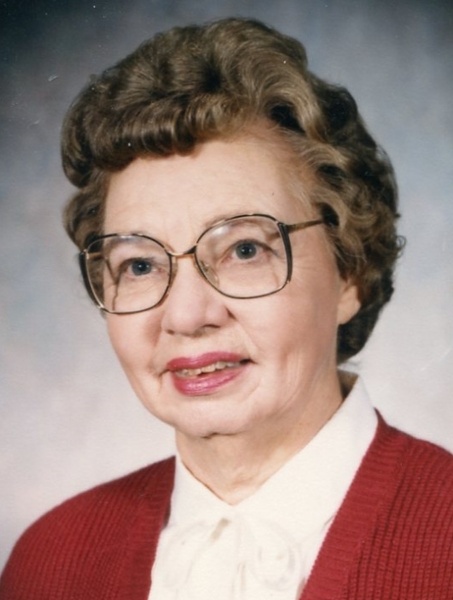 MOUNT SAVAGE – Mary Albana (Weimer) Thoerig died peacefully Sunday, Sept. 27, at home. Born June 18, 1920 in Greenville Township, near Pocahontas, Pa., she was the eldest of seven daughters of the late James Weimer and Elizabeth Winner Weimer. Her family moved to a farm in Mount Savage in 1927.

Mrs. Thoerig is a descendant of Johannes Weimer, a farmer who immigrated to the colonies from his native Langensoultzbach in Alsace, probably in the 1760s; he is a Revolutionary War veteran, having served with the 3rd Pennsylvania Continental Line in 1778 at Valley Forge. After the war, he settled in Somerset County on his 336-acre “bounty land,” granted in return for his military service.

Mrs. Thoerig’s great-grandfather, Samuel Weimer, married Drucilla Ann McKenzie, a descendant of Gabriel McKenzie, one of the original settlers of Mount Savage and a founder of St. Ignatius Catholic Church there. While Samuel Weimer remained of the Brethren faith, Drucilla raised their 12 children Catholic; Mrs. Thoerig’s grandfather, Ozias Weimer, was the eldest. The family often walked from their home to St. Ignatius for Sunday Mass. It is said that Ozias was in charge of starting the fire that warmed the church in winter. Ozias was a carpenter, and with his sons, John and Lawrence, and members of the McKanzie family, built the original St. Anne’s Catholic Church in Avilton; the McKenzie family donated the land.

Employed by the Allegany County Board of Education in 1942, she taught two years at Oldtown School, and then one year at John Humbird School in Cumberland.

Upon her husband’s discharge from the U.S. Army in 1946, she left full-time teaching, but continued as a substitute teacher and home school teacher for homebound students. During this time, she completed graduate studies at Frostburg State College, earning a Master’s Equivalency, leading to an Advanced Professional Certificate and certification in Early Childhood Education.

She also taught summer Head Start and served as a Brownie Scouts leader. She was a member of a homemakers club, served on the Mount Savage Beautification Committee, and volunteered for the American Heart Association and the March of Dimes.

Raised on a farm during the lean years of the Great Depression, and then working and starting her family during the rationing years of World War II, Mrs. Thoerig learned to be a resourceful and economical homemaker. She sewed most of her young children’s dresses, coats and snowsuits. She crocheted and embroidered, and was a great cook and pie baker. She treasured her home and worked hard to help provide well for her family. She was a wonderful example of a wise, intelligent and independent woman, a self-sacrificing and tough-loving mother and wife, and someone always true to her values and faith.

Mrs. Thoerig loved to travel, and she toured throughout Canada and the United States, including Hawaii and Alaska. She traveled to Europe seven times, visiting Ireland, England, France, Germany, Switzerland, Italy and Portugal. She and her daughter Nancy often took weekend or extended driving vacations, and they would browse through antique shops, where Mrs. Thoerig acquired numerous pieces to add to her extensive collection of vintage signed milk glass. She also liked to read, especially James Michener’s historical novels.

To order memorial trees or send flowers to the family in memory of Mary Thoerig, please visit our flower store.