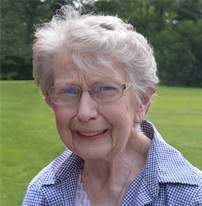 Born on March 8, 1932 in Greenville Township, Pennsylvania, she was daughter of the late Rosa Flora and George Clarence Weimer.

She worked as a Certified Medical Assistant at the Garfield Memorial Hospital as well several physicians practice. She was a member of the American Association of Medical Assistants. Her passion included color photography, hand-quilting that she won numerous awards with and her two cats, Missy and Muffy.

In addition to her parents, she was preceded in death by her brother Major Bernard L. Weimer and her brother-in-law Joseph V. Stakem.

To order memorial trees or send flowers to the family in memory of Mary Weimer, please visit our flower store.