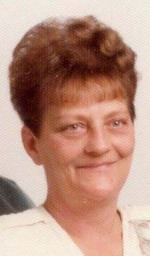 Maxine Elizabeth Lyons, 68, of Frostburg, died on Friday, March 1, 2013 at her home surrounded by family.

Born April 10, 1944, in Frostburg, she was the daughter of the late George Whetstone and Margaret L. (Skelley) Whetstone. In addition to her parents, she is preceded in death by her husband, Francis A. Lyons (January 31, 2013), brother, Joseph Whetstone and sisters, Judith A. Crissinger, Ruth Dudley and Rosalie Kyler.

Maxine was a member of The Kingdom Hall for Jehovah Witnesses of Frostburg.

Funeral services will be held on Monday, March 4th at 7 pm following the viewing with Mr. Terry Furman officiating.

Maxine will be cremated in accordance with his wishes following the service.

The Family would like to extend a special thank you to the Western Maryland Regional Medical Center Home Hospice staff.

Condolences may be sent to the family at durstfuneralhome.com .

To order memorial trees or send flowers to the family in memory of Maxine Lyons, please visit our flower store.