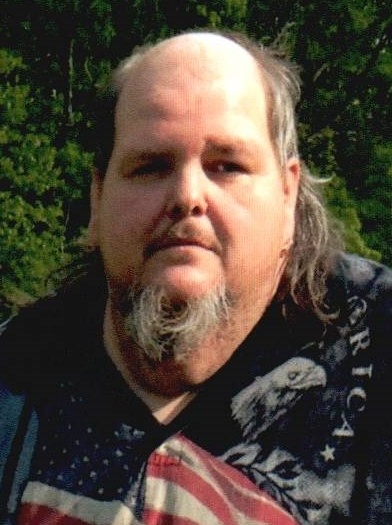 In addition to his parents, he was preceded in death by his sister, Margaret Blank, his grandparents Clyde and Margaret (Folk) Kasecamp Deist, his favorite great-aunt Mary Kasecamp, his father-in-law, Weir Roth and treasured family dog, Sparky; special friends, Diana Jackson, Ronal L. Smith Sr. and most of his card playing buddies.

Mike was a 1988 graduate of Beall High School and the Diesel Institute. He had many different jobs but once with Cindy he fulfilled his dream of being an owner/operator and they had Eagle Flight Trucking until he became disabled.  He was a member of the Cresaptown Eagles #2883, Big Savage Sportsmen’s Club and the National Rifle Association.  He was a certified NRA Range Safety Officer.

Mike in his younger years was wild, ornery, unpredictable and certainly pushed all the limits!!!  Then he met Cindy and fell in love and married at his family’s church, First Congregational Church of Frostburg.  He was a supportive, loving soulmate for her til his death just as he promised.  His unconditional love for Cindy opened the door for her dream of being a foster parent..and he became Big Daddy with the marshmallow heart!!  He was an advocate not just for foster children but even other children he knew.  And his son Dustin would “seal the deal” making Mike become a dedicated father and family man. With his big heart he did anything and everything going above and beyond to make sure Dustin could experience life to his fullest and with as much independence as possible.  Mike’s love of hunting and the outdoors got passed on to Dustin as they shared memorable hunting adventures together. Mike’s best friend always said “that little guy has held that big guy up.”

Dustin and Cindy were Mike’s reason to live in spite of all of his personal pain and health issues.  He was a a truly authentic family man.  He loved his family with his whole heart and considered his family to be his greatest achievement.

Our hearts are broken and we are mourning; and our sadness may ease over time but never cease....OUR FAMILY IS A CIRCLE OF LOVE TOGETHER WE ARE UNBREAKABLE FAMILY IS FOREVER. I love you my soulmate Michael, Cindy and I love you DAD, Dustin.

Also, Mike made sure to talk to his inner circle friends several times a week...and some he’d check on daily including widowed wives of his original card playing buddies.

He’d help anyone in need...family, friends, or strangers...never taking anything in return but would tell them to return the favor one day to someone else in need. Once he married Cindy...he automatically got a big second family...and he became the chief cook for many of their family gatherings!! He taught many things to the younger generation at these gatherings...like new boyfriends how to slow dance by actually having to dance with him....two feet apart!! Initiations of new boyfriends or girlfriends coming into family...as to their intentions!! He was the big jokester...but once you were in you were family!! He was the life of the party. Mike was cherished for all of his unique qualities. Mike always said he wanted to live his life...use up his body...skid across home plate  looking like hell...didn’t want anyone standing at his casket telling Cindy how great he looked!! He said come on ... how does someone look good ...when you’re dead?? That was Mike ....a realist to his core...always saying what other’s dared not to say and what most didn’t want to hear.....and would get you laughing when he said such things!! He and Cindy were definitely the honest realistic pessimist with the faithful optimist...but together a formidable couple that persevered through whatever came their way under that BIG DARBY BLACK CLOUD!!  He had an incredible sense of humor and could even find humor in bad times; and always had one of his amazingly unbelievable yet true stories afterwards that only he the ultimate storyteller could tell. He always said he wanted to go from his recliner in the living room straight to Durst...and almost got his wish...just didn’t know Cindy and Dustin would take him on a road trip first!

Funeral services will be held on Friday, July 3, 2020, at 11:30 am with Pastor Michael Wright officiating.

In lieu of flowers, memorial donations can be made to Resources for Independence

handi-capable individuals having special needs and his love and compassion for animals.

To order memorial trees or send flowers to the family in memory of Michael Darby, please visit our flower store.