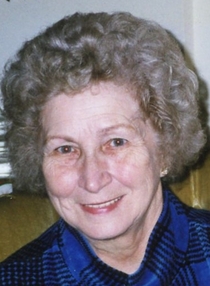 Born December 23, 1925 in Rawlings, MD, she is the daughter of the late Wesley E. and Cynthia (Korns) Llewellyn.  In addition to her parents she is preceded in death by her husband, Leonard Dennis Lohr; brothers, Edman “Gene”, William W., James R. and Edward E. Llewellyn; sisters, Evelyn Muir and Margaret Claycomb.

Nellie was a homemaker and Methodist by faith.  She loved spending time with family and doing word searches, cooking and sewing.

To order memorial trees or send flowers to the family in memory of Nellie Lohr, please visit our flower store.