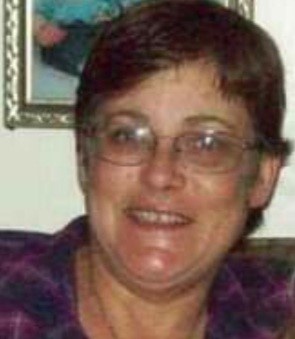 Patricia Ann Glass , 61, of Eckhart went to be with the Lord on Friday, October 2, 2020 at UPMC Western Maryland surrounded by family.

Born October 14, 1958, she was the daughter of the late Paul and Bobbie (Taylor) Nicholas; brother, Robert Nicholas and her mother-in-law, Doris Willison.

She is survived by her husband of 35 years, Clarence and dog, Walker; sons, John Nicholas of Salisbury, MD, BJ Colberg and wife Terri of Mt. Savage, and step daughter, Dianna Glass of Frostburg; Her grandchildren, Bryan and Katlin Nicholas of Michigan, Kaidance and Kellsiey Colberg and SkyeLee Faith of Mt. Savage and step granddaughter, Felicia Baer, of Frostburg. Her sister, Gail Fritton and brother, Harry Nicholas; several sisters and brothers-in-law, nieces, nephews, cousins and extended family.

Anyone who knew Patty knew she was a kind soul with open arms and kind words.

Patty was cremated in accordance of her wishes.

Family and friends will be received at Durst Funeral Home, 57 Frost Avenue, Frostburg, on Saturday, October 10, 2020 from 4 to 6 pm.

In lieu of flowers, the family requests monetary donations be made to Durst Funeral Home.

To order memorial trees or send flowers to the family in memory of Patricia Glass, please visit our flower store.