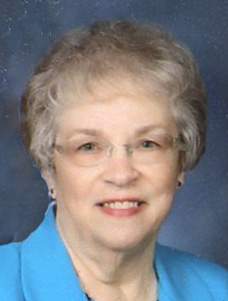 Born May 12, 1943, in Jeffersonville, Indiana, she was the daughter of the late William Louis and Harriett E. (Shaw) McCullough.

In addition to her parents, she was preceded in death by her sisters Harriett S. King and Lou Anne DeShong.

Paula moved to Frostburg in 1950.  She married G. Philander “Phil” Beeman in 1964.  They celebrated 50 years of marriage in 2014 with family and friends. Paula was a 1961graduate of Beall High School and a 1964 graduate of Sibley Memorial Hospital School of Nursing.  She was a retired registered nurse, spending 31 years as a nurse at Kent General Hospital, Frostburg Community Hospital, Sacred Heart Hospital and Frostburg Village Nursing Home.

In addition, Paula was a 50+ year member of Frostburg United Methodist Church, where she was a member of the Helen Lehr Circle and the So-N-Sews Prayer Quilt Ministry. She was also a member of Mountain Chapter 15 O.E.S. where she was Treasurer.

Paula faced unbelievable obstacles during her life, but did so with courage, strength and faith in God.  On November 13, 1997, she received the gift of life by receiving a liver transplant.  Again, in 2006, Paula overcame the odds by beating breast cancer.  It was only recently she was diagnosed with lung cancer.

To order memorial trees or send flowers to the family in memory of Paula Beeman, please visit our flower store.