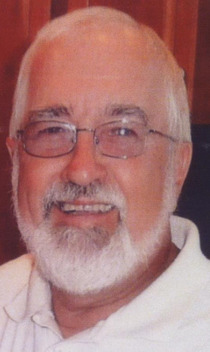 Born February 19, 1941, in Slabtown, Maryland, Ralph was the son of the late Roy and Anna Bishields Folk. He is preceded in death by his sister, Mary Catherine Folk Carder.

He was a member of St. George’s Episcopal Church in Mt. Savage, Maryland.

Ralph was a 1963 graduate of Frostburg State College and was employed his entire career as a teacher of social studies in Junior and Senior High Schools and later as Computer Data Coordinator for Eleanor Roosevelt High School in Prince Georges County. He was a “jack of all trades” with a passion for tinkering with engines and machinery of all kinds. He spent his retirement years enjoying renovating an old farm house and barns, “farm life” and the view from Bald Knob Farm. He was a loving husband, father, and grandfather.

A funeral service will be held at St. George’s Episcopal Church, Mt. Savage, Maryland on Tuesday, January 7, 2014 at 11:00 am with Rev. Thersea Brion officiating, assisted by Deacon Lydia Martin.

Interment will be in St. Georges Episcopal Church Cemetery.

In lieu of flowers, the family requests that donations be made to St. George’s Episcopal Church, Mt. Savage, MD 21545, the National Cancer Institute (NCI), or to a charity of your choice.

To order memorial trees or send flowers to the family in memory of Ralph Folk, please visit our flower store.