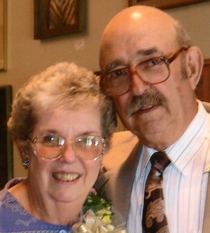 Ray Eugene Logue, 83, of Ellerslie, passed away on Saturday, March 14, 2015, at Ruby Memorial Hospital in Morgantown.

He was born on February 11, 1932, in Hyndman, PA, to the late Charles and Mary (Clites) Logue. In addition to his parents he is preceded in death by his wife, Marguerite in 2009.

Ray was a U.S. Army veteran of the Korean War and was a member of Ellerslie Redeemer’s United Church of Christ. He was the owner of Logue’s Cabinet Shop in Ellerslie, and with his profession, Ray had a love of woodworking and belonged to Quad-State Bodger’s Woodturning Club.  He was also an avid fly fisherman.

He is survived by one daughter, Lou Ann Logue, of Waldorf; one son, Matt Logue and wife Carole, St. Simons Island, GA; and two granddaughters, Kayla of Bluffton, SC, and Taylor of St. Simons Island, GA.; and abrother, Walter Logue of Bedford, PA.  Ray will  also be remembered fondly by many other family members and friends.

Funeral services will be held at Ellerslie Redeemer’s United Church of Christ on Wednesday, March 18, 2015 at 10 am with Rev. Tomislav Dosch officiating.

Interment will be in Saint George's Episcopal Cemetery.

Condolences may be posted after the obituary at durstfuneralhome.com .

To order memorial trees or send flowers to the family in memory of Ray Logue, please visit our flower store.