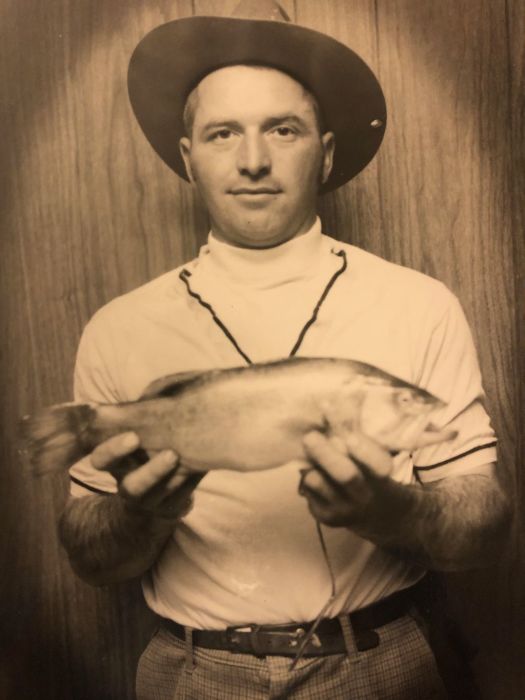 Born October 15, 1937, in Kennells Mill he was the son of the late Jesse and Alma (Boyer) Kennell.  He was also preceded in death by his wife, Mabel Cutter Kennell, whom he married August 8, 1958, his sister, Betty Cook, and his brother Harry “Mush” Kennell.

Buck grew up on a farm in a family of skilled, hard-working folks and from an early age, was willing to tackle any job or project no matter how difficult. He believed in helping others and often could be found lending a hand with snow shoveling, wood hauling, clearing land or doing whatever needed to be done.  He was very proud of the fact that he tackled a house construction project on his family farm in Kennells Mill with minimal assistance, while working a full-time job.  He loved to dance, he and his wife Mabel could often be found at community dances, where he sometimes called square dances. He also loved family picnics.  He was an avid hunter and fisherman, as well as a great mushroom hunter.  In addition, he loved gardening and thoroughly enjoyed working with his brother and nephews at their meat processing business.  He enjoyed teaching his grandchildren and great grandchildren to fish and wanted all of them to develop a love for the outdoors.  He was a former member of the Kennells Mill Sportsmen’s Club, the Frostburg Moose where he served as an officer, and the Frostburg Lions Club. He always enjoyed the many people who waved or stopped to say hello when he was on a smoke break; he never met a stranger.  He retired from the Local 616 Laborer’s Union, having worked thirty plus years for many local construction companies and also drove heavy equipment for coal companies.  He loved his family.

As part of his giving nature, he donated his body to the Maryland Medical Anatomy Board and was cremated.

Peg Marshall will officiate the service.

To order memorial trees or send flowers to the family in memory of Raymond Kennell, please visit our flower store.