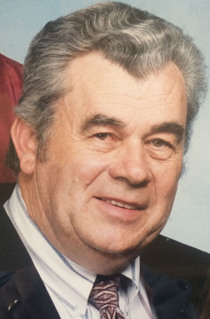 John proudly served his country as a member of the Army Reserve after graduating from Beall High School. He loved wood-working and found great satisfaction in being creative and working with his hands. He was a supervisor at the Celanese Fibers Company before answering the call of God on his life in 1969. John was the founder and pastor of Liberty Temple Church (later Liberty Christian Fellowship) which began in the old theater building in Mt. Savage and later moved to the present property in Cresaptown.

Having a passion for outreach and evangelism, John held tent meetings throughout the tri-state area, in Delaware, and also New York. He was the host of the LRT 300 Club, a television ministry on the local cable station. For many years, he also ministered on Liberty Revival Time by radio on WKLP in Keyser and also a station in Central City, PA.

A Celebration of Life will be conducted in Liberty Christian Fellowship, McMullen Highway, Cresaptown on Tuesday, April 22, 2014 at 1:00 p.m., with a visitation one hour prior to service. Services will be officiated by Pastor Gary L. Gordon.

“Now the Lord is that Spirit; and where the Spirit of the Lord is, there is Liberty.”

To order memorial trees or send flowers to the family in memory of Rev. John Gordon, please visit our flower store.