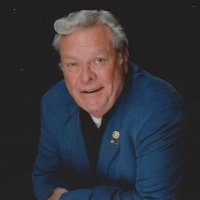 Richard Henry Sauer, son of Henry and Lillian Sauer and brother of Joan Hoffman, died unexpectedly on the morning of June 12, 2017, in Cumberland, MD, after complications with congestive heart failure.

Richard was born on the first of October, 1948, in Queens, NY.  Richard Sauer had over 35 years’ experience supporting and managing multi-million dollar projects in the electrical and communications industries.  After serving four years in the United States Navy, he began his tenure in the electrical construction industry as an Apprentice employed by various contractors in the New York metropolitan area.  During the next five years, Richard gained the necessary knowledge and skills to qualify under the State of New York as a Journeyman Electrician.  Also during this period, Mr. Sauer, in association with his Apprentice training, attended the State University of New York at Farmingdale under the then Electronic Technology program.  Richard first served as a Journeyman electrician at Garofalo Electric Corporation.  For the next 14 years, he progressed from Journeyman to Foreman, then General Foreman and finally Superintendent.  During that time, Mr. Sauer supported and/or managed projects for New York City, the Port Authority of New York and New Jersey, the New York City (NYC) Transit Authority, Bulova Watch Corporation, Long Island Jewish Hospital, Downstate Medical Center, Washington, DC Metropolitan Transportation Authority and the Statue of Liberty Renovation Project.

In 1988, Richard accepted the position of Project Manager at Forest Electric Corporation, one of the largest electrical and data communications companies in the New York metropolitan area.  In this role, he expanded his skills in project management, design, engineering, cost control and organizational development for both electrical and data communication systems and projects.  Within a short period of time, he was promoted to Director of Special Projects, responsible for the procurement, engineering, installation and maintenance of large data and communication systems for State, City and Federal customers.  Projects managed by Richard included the upgrade and modernization of the NYC Transit Authority System-Wide Telecommunications Network; security upgrades for the Holland Tunnel, Lincoln Tunnel and George Washington Bridge; installation of the NYC Metro Card system; and communications upgrades for Grand Central Station.  In 1993, Mr. Sauer was appointed Vice President and General Manager for the Forest Datacom Services division of Forest Electric. Where he was responsible for managing all operations and administrative functions.  Over the next several years, Mr. Sauer established Forest Datacom as a leader in the voice and data communications field.

Richard married Bernadette Pearson in 1972 and had two daughters, Gwen and Tara.  They had a happy marriage and were each other’s best friends.  His wife Bernadette lost her battle with cancer in 1989.  He became not only a stronger dad but had to act as a mom too.  In 1992 he remarried to Janice Keene and became an integral part of the Trimble-Keene family.  Janice and Richard loved each other deeply and had many great memories together.  They shared the love of food, family and giving back to the community.

Richard retired in 2005 after having completed 35 years in the Electrical and Communications Industry, and relocated to Frostburg, Maryland with his wife Janice.  In Frostburg, Richard spent a number of years focusing on Civil War history, particularly the soldiers who fought and were hospitalized at Clarysville in the early 1860s.  Richard volunteered thousands of hours helping to decipher a Clarysville hospital journal to uncover and record for reference the information of over 3000 men who stayed in the hospital.

Richard also served as Operations Officer for the Evergreen Heritage Foundation with a historic property in Mount Savage, MD, where he designed and built a 2100 square foot greenhouse, a passage solar energy greenhouse, a saw mill and wood shop and an outdoor learning pavilion.  Hundreds of children attend classes and camps at the property each year.

Richard Sauer is survived by his wife Janice, his two daughters, Gwen Powers and Tara Kelly, his sons-in-law Ed Kelly and Chad Powers, and his three adoring grandchildren, Brooke Powers, Aidan Powers and Kayla Kelly.  There are so many people that will miss him dearly; everyone that knew Richard loved him.  He was a rock and pillar of the community.  We will miss his sense of humor, his laugh and his kind heart.

Family and friends will be received at Durst Funeral Home, 57 Frost Avenue, Frostburg, MD, on Wednesday, June 14, 2017, from 4-7 pm.  Funeral services will follow at 7 pm with Rev. George Harpold officiating.

In lieu of flowers, donations may be made to the Evergreen Heritage Center Foundation, 101 Braddock Heights, Frostburg, MD 21532 or www.evergreenheritagecenter.org , in memory of Richard Sauer.

To order memorial trees or send flowers to the family in memory of Richard Sauer, please visit our flower store.