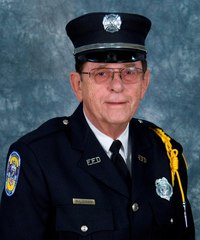 Born December 3, 1941 to the parents of Millard Connor and Margaret (Passarell) Connor. He is preceded in death by his parents.

Bob retired from Billy Bender Chevrolet, and formerly worked at Herculese Corporation; he was a U.S. Navy Veteran served during the Cuban Crisis and Bay of Pigs; a member of St. Michael’s Catholic Church, Frostburg Elks 470, Farrady Post 24 American Legion, Moose Lodge 248 and the Cresaptown Eagles. He served 18 years on Frostburg City Council, a member of MD Municipal League, Frostburg Area Ambulance and a lifetime member of Frostburg Fire Department having served on the Board.

Bob joined the FFD (along w/his brother, Dick) on February 8, 1966 serving with pride for 47 years. He held just about every rank including Assistant Chief and served as the Department’s President from 1977 through 1979. Bob was awarded the Firefighter of the Year award in 1978 and he also served as the Police-Fire Commissioner for the City of Frostburg.

The Frostburg Fire Department will hold a Memorial Service at 10:00 am on Saturday, November 30, 2013 at the funeral home.

A Funeral Mass will be held at St. Michaels Catholic Church on Saturday, November 30, 2013 at 11:00 am with Fr. Ed Hendericks as celebrant.