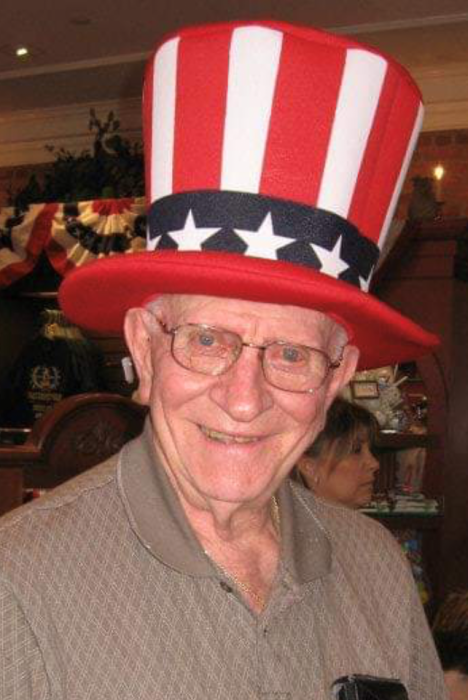 Robert Lee Dugan Sr. passed away August 18 at the age of 89 with his family by side. The last few years were full of decline and health setbacks, but Bob faced them with the same stubborn and headstrong way he tackled all of life's trials, with his family and steadfast perseverance up until his last breath.

Bob was born July 19, 1932 in Frostburg to the late William and Cecelia (McKenzie) Dugan.  He attended Beall High School and later enlisted into the United States Airforce and was stationed in California at Edward’s Air Force Base as a helicopter mechanic.  Bob often talked about his days in the desert and made a final trip to the base in 2016 where he kept the base historian entertained for hours on stories and flight history from the 50’s.

On September 16, 1953, Bob married Helene (Gray) and welcomed two sons. He is survived by Robert Dugan, Jr and wife Brenda of Frostburg and Ronald Dugan and wife Anna, also of Frostburg.  He had 3 grandchildren that he adored, Ashley Rice and Mackenzy and Paige Dugan.  He was also the proud “PapPap” to Jakob Jeffrey, Addyson Helene and Arielle Jayne Rice.  He leaves behind his sister, Linda Barry, special daughter-in-law Diana Koppel, and numerous nieces and nephews. He is also survived by his best friend, Jeremy Rice.  He is preceded in death by his parents, his wife and his brother Bill and countless friends.

Bob was employed at the A&P and was also a Master barber at his shop that he shared with his dad for many years. He worked daily in his barber shop from August 13, 1956, until 2016 when his health no longer permitted.  He was an avid gardener, great storyteller and known for his quick wit. He loved to crack jokes (that were sometimes lengthy) and make people smile. He loved life, his family, and his country.

Friends and family will be received at Durst Funeral Home on Tuesday, August 24 from 3-6 pm with a service following at 6pm with Deacon Harold Bradley officiating.

A private interment will be at Frostburg Memorial Park.

In lieu of flowers, the family asks that you make donations out to The American Legion or any program that benefits Veterans. The family is also grateful for the care and compassion of Goodwill Mennonite Home and his numerous sitters including Danielle Watts and Tracie Day that loved and cared for him as family.

To order memorial trees or send flowers to the family in memory of Robert Dugan Sr., please visit our flower store.