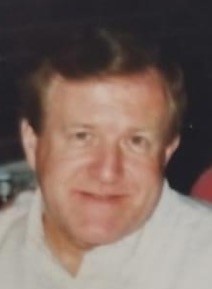 Robert Dale Hawkins, 82, of Frostburg passed away peacefully at his residence on Tuesday, September, 29, 2020.

Born in Frostburg on March 13, 1938 to the late Grace Edith Ringler and Richard James Hawkins Sr.

In addition to his parents he is preceded in death by his brother Richard “Bud” Hawkins III. He is the last surviving member of his immediate family.

Dale was a graduate of Beall High School class of 1956 and went on to Frostburg State Teachers College where he graduated in 1960. He taught junior high math at Prince Georges County Schools and obtained his master’s degree in his off time at George Washington University. After 30 years of teaching in the education system he retired as a Pupil Personal Worker where he helped at risk youth. Dale became an antique collector and an avid car enthusiast. His pride was finding parts to a Ford Model A on an old farm and building it back to its originality, and the love of his life was his new Dodge Challenger SRT. He attended the Hershey car show for many years and enjoyed antique cars. Dale was also an avid fisherman and would always lend a helping hand to anyone. He enjoyed his home in Frostburg and loved to garden when he could.

Dale touched many lives with his kindness and generosity.

Interment will be in St. Paul-Wilhelm Cemetery

Rest in peace, you will be missed.

To order memorial trees or send flowers to the family in memory of Robert Hawkins, please visit our flower store.