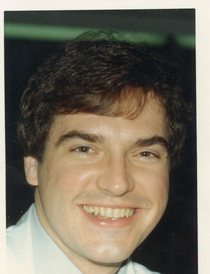 Born September 29, 1945 in Cumberland to the late Odell Layman and Kathleen (Baer) Layman; he is the last of his immediate family.

Dr. Layman was a graduate of the 1964 class of Beall High School; a Vietnam Army Veteran serving as a dentist at Fort Bragg and a member of Military Reserve until 1983. He was an Orthodontist practicing in Frostburg and Morgantown; a member of St. Mary’s Pocahontas and attended St. Mary’s of Morgantown. He was a member of American Dental Association, MD State Dental Society, Allegany and Garrett County Society and American Association of Orthodontists. He was an avid West Virginia University football fan.

A Funeral Mass and Committal Service will be held at St. Michael’s Catholic Church, Frostburg, on Saturday, February 28, 2015 at 10:00 a.m. with Fr. Ed Hendricks as celebrant.

Inurnment will be at Finzel Cemetery.

To order memorial trees or send flowers to the family in memory of Robert Layman, please visit our flower store.