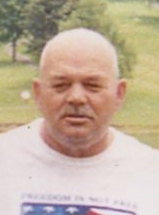 Roger Lee Cutter Sr., 68, of Frostburg, passed away on November 1, 2015 at his residence. He was diagnosed with congestive heart failure close to Thanksgiving in 2014 and was given 2-3 weeks to live but he was a fighter and fought through the year.

Born June 22, 1947, in Midlothian, to the late William H. and Gertrude A. (Skidmore) Cutter.  In addition to his parents he is preceded in death by his brother, Joseph H. Cutter.

Roger was an avid outdoorsman and enjoyed hunting & fishing.  He was loved dearly by his daughter Michelle.  As a young man, he was known to have superior athletic abilities.  Roger worked for forty plus years as a heavy equipment operator.

In accordance with his wishes, Roger is to be cremated with no services.

To order memorial trees or send flowers to the family in memory of Roger Cutter Sr., please visit our flower store.