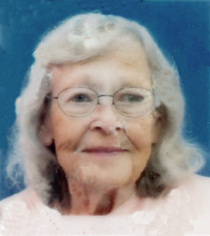 Born in Mt. Savage on March 15, 1925, she was the daughter of the late John Criger and Mary E. Blank Criger. In addition to her parents, Rose was preceded in death by brothers: Louis W. Criger and Donald Criger; sisters: Kathleen Phillips and Mary Wolford. She was the last surviving member of her immediate family.

Rose was a housekeeper and Site Manager at the Mt. Savage Senior Center.  Her hobbies included painting and gardening.  She was a member of St. Patrick’s Catholic Church.

To order memorial trees or send flowers to the family in memory of Rose Criger, please visit our flower store.