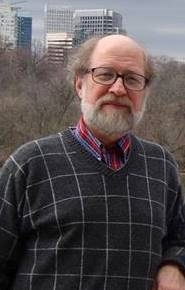 of Frostburg passed away on Sunday, June 12, 2016, at his residence with his beloved wife Hang Deng-Luzader and beloved daughter Makea Luzader by his side.

Born March 31, 1944, in Ottumwa, Iowa, Steve was the son of late Ralph Eugene Luzader and late Martha Mathews Luzader.  He was also preceded in death by his brothers Mike and William Luzader.

Steve was an Emeritus professor at Frostburg State University. He earned his B.S. from West Virginia University, and earned his M.S. and Ph.D from the University of Wisconsin, Madison. He taught at University of Wisconsin, Parkside and SUNY, Brockport before he joined FSU.  Steve taught physics courses at all levels at FSU until he retired in 2007. Steve was an active member in the American Association of Physics Teachers (AAPT), Potomac Concert Band, Allegany County Symphony orchestra, and Cumberland Astronomy Club, taking on numerous leadership roles in each organization over the years, even continuing to do so up to just a few weeks before he passed away. Steve was a co-director of the Maryland Summer Center for Physics of Solar and Wind Power.  He was a member in the team with the MHEC-funded TOPPS program helping Maryland teachers gain confidence and learn strategies in teaching physical concepts to students in grades 5-12. He is fondly remembered for his demonstrations and workshops in national AAPT meetings. The Appalachian AAPT Section awarded him the Distinguished Service Citation. Steve was an advocate in physics education, leading many workshops for local science teachers and holding many demonstrations in local schools. Steve will always be remembered by his family members, his friends, and his colleagues as well as his students.

A memorial service to celebrate Steve’s life will be held Sunday, Aug. 21, at 2 p.m. in Gira Center room 397 at Frostburg State University.

In lieu of flowers or other gifts, memorial contributions may be directed to a physics scholarship at Steve’s name. The check may be sent to: FSU foundation Inc., Frostburg State University, Frostburg, MD 21532. In the memo line please write: Luzader Physics Scholarship.

To order memorial trees or send flowers to the family in memory of Stephen Luzader, please visit our flower store.