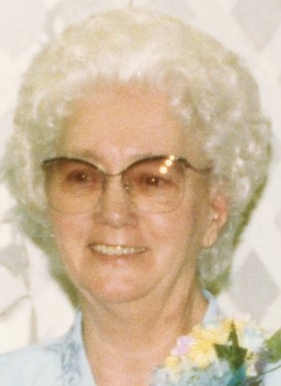 Born on January 9, 1927 to the late John and Agnes (Burdock) Clark; she is preceded in death by first husband, Francis Malloy and late husband Robert Halle; son, Ronald Malloy; brothers, Ralph Clark, Carl Clark, Lawrence Clark and sister Leona Twigg, she is the last surviving member of her immediate family.

Sylvia was a member of St. Michael and St. Ambrose Catholic Church; she was loving and supportive taking care of brothers, Ralph and Lawrence when her mother passed away. She loved planting, gardening and specially enjoyed her roses, an avid bingo player and a member of the Red Hats.

Family and friends will be received at Durst Funeral Home, 57 Frost Avenue, Frostburg on Thursday, July 7, 2016 from 11am to 1pm with the funeral service to follow at 1:00 pm with Deacon Harold Bradley as celebrant.

Interment will be in Rocky Gap Veterans Cemetery.

The family would like to especially thank the Lions Center staff and Dr. Shin for their care and compassion.

To order memorial trees or send flowers to the family in memory of Sylvia Halle, please visit our flower store.