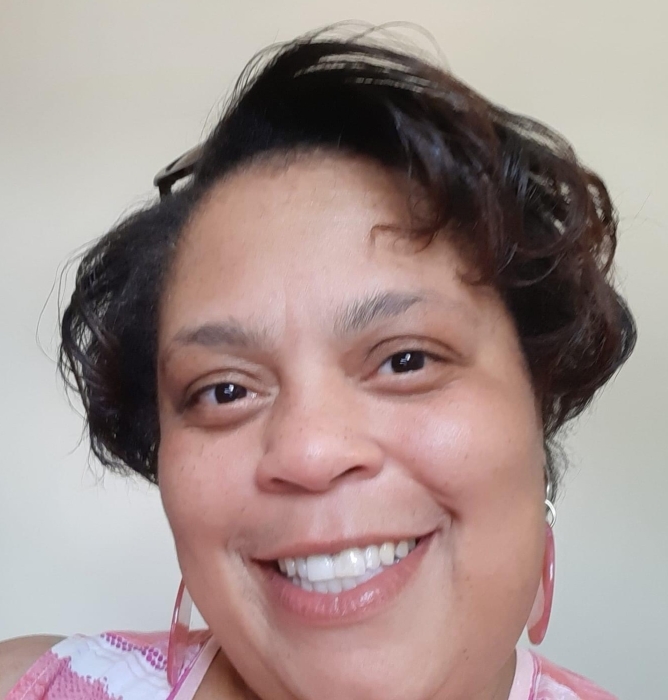 Surrounded by her loving family on Thursday morning March 3, 2022 Tausha Niccole (Harper) Smith departed her earthy home after answering the call of her Lord and Savior, Jesus Christ, who welcomed her with open arms.

Born on December 14, 1974 at Sacred Heart Hospital in Cumberland, Maryland, she was the first of four children born to Niles Allen and Joy Evon Harper.

Tausha received her education in local schools, graduating from Beall High School in 1992. She played clarinet in the high school marching band and was called to play at some of the homecoming games. She completed her formal education at Potomac State College in Keyser, WV.

Tausha had a very special connection with children. For more than 20 years she touched so many lives by the love she gave, and received, at the Frostburg Bridge Program in Frostburg, MD. She impacted so many lives of so many children and they will always remember how she named all the dolls “Sally’ no matter what they looked like, and that she liked bunny rabbits. She ended her earthly work there as Assistant Director. Her memory will live on in the lives of “her children” at the Bridge.

Being a devoted Christian, Tausha was a member of the Dickerson AME Methodist Church. Her faith was very important to her as she served her Lord in whatever way she could. Tausha lived her life so anyone would know where she stood….with integrity, honesty, and by the Golden Rule.

Tausha was a beautiful and talented lady. She loved life and enjoyed scrapbooking, had a great love for music, loved spending time with family and their sing-alongs which was a must. Not to leave out she was a die-hard fan of the Dallas Cowboys and Washington Football Fan. She could also be found playing Bingo on Tuesdays and Saturday nights where she was often the “Big Time Winner”.

In addition, a host of aunts, uncles, nieces, nephews and lots of cousins, neighbors, friends, and “her” children and their parents. They all loved her deeply.

This proved her motto,” to have friends you must be a friend”. Tausha was well known and loved by many. Her infectious loving smile has touched the hearts and souls of many and will forever be remembered.

A Funeral service will be held on Saturday, March 12, 2022 at Durst Funeral Home, 57 Frost Ave, Frostburg, at 11 A.M with Pastor Hudson Officiating.

A live stream, of the service, will start at 10:45 on Durst Funeral Home Facebook Page for all those unable to attend.

In lieu of flowers the family asks that donation be made to the Frostburg Bridge Program, 58 S Broadway, Frostburg, MD 21532 in honor of something so dear to her heart.

To order memorial trees or send flowers to the family in memory of Tausha Smith, please visit our flower store.