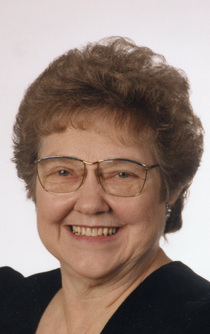 Thelma J.”Beanie” Failinger, 81, of Frostburg, passed away on August 17, 2014 at the Western Maryland Regional Medical Center.

Born November 25, 1932, in Westernport, MD, she was the daughter of the late Clyde and Gladys Miller Marsh. In addition to her parents, Thelma was preceded in death by brothers, Ray Marsh, Clyde Marsh and one brother in infancy, Irvin Marsh; several brothers-in-law and sister-in-laws.

She was co-owner and operator of Failinger Contracting Company, beginning in 1960 and was also co-owner of Failinger’s Hotel Gunter where she was proud to restore every detail and bring it back to life.

Thelma was a member of the Bruce High School Class of 1950 and upon graduation, worked at the Salisbury Undergarment Factory. She was a key PTA supporter at both Beall and Frost Elementary Schools as chairman for the Fundraiser Dinner for ten years and for her dedication, was awarded a Lifetime Membership.  She was a longtime member of St. Paul’s Lutheran Church, Frostburg.

Beanie, as she was known to her friends, had a kind heart and generous nature and was a great supporter of her children’s and grandchildren’s activities. She was a great cook and delivered “Thelma’s Meals on Wheels” to family and friends.  She was known to numerous neighborhood kids and her daughters’ friends as “Aunt Beanie”.

To order memorial trees or send flowers to the family in memory of Thelma Failinger, please visit our flower store.