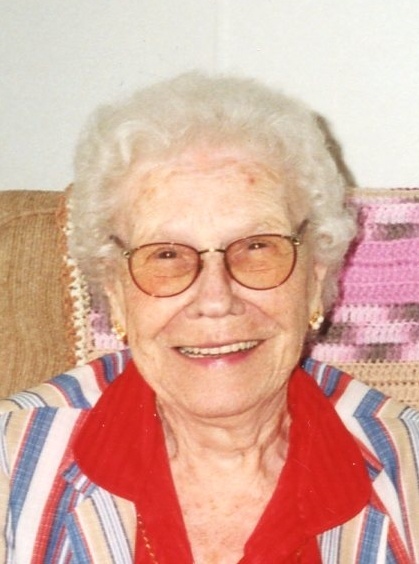 On May 21, 2017, Thelma V. Harris went home to be with the Lord. Thelma was born on May 23, 1920.  She was the daughter of the late Taylor Sweitzer and Pauline Bolinger Sweitzer.  She was preceded in death by her husband, Thomas Harris in 1979; a son, Ronald Harris in 1997; two brothers; and one sister.  She is also preceded in death by a special companion Kenneth Close.

Thelma loved her faith in the Lord and was a member of Saint Paul’s Lutheran church, Frostburg.  She also belonged to the Frostburg Senior Citizens.  Her family and friends were the world to her.

Funeral services will be held at the funeral home on Wednesday, May 24, 2017, at 2 pm with Pastor Jim Jeffries officiating.

The family would like to express their gratitude to the Nursing Care Staff at Frostburg Village Nursing Care Center.  “Thank you for all you did to keep her happy”.

To order memorial trees or send flowers to the family in memory of Thelma Harris, please visit our flower store.