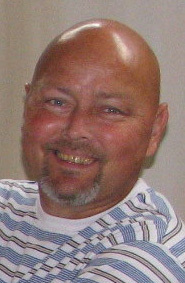 Born August 22, 1961, in Frostburg, to Robert M. Layman and Doris (Buckalew) Layman. He is preceded in death by his father and father-in-law, James L. Vought.

Tom was employed as a HVAC Mechanic at Frostburg State University until suffering a stroke in 2005; he was past member of Shaft Volunteer Fire Co., Moose Lodge #348, and Mountain Lodge #99 A.F. & A.M., Frostburg.

Tom was cremated in accordance with his wishes.

A Celebration of Life will be held at Trinity Assembly of God, Midlothian on Saturday, February 7, 2015 at 1:00 pm with brother-in-law/Pastor Robert Culler officiating, with a reception to follow in the hall. In keeping with Tom’s wishes attire should be kept casual.

To order memorial trees or send flowers to the family in memory of Thomas Layman, please visit our flower store.