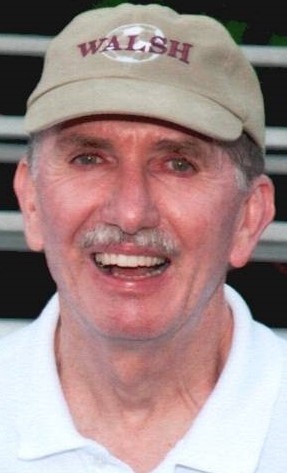 Born on May 6, 1952, in Silver Spring, he was the son of the late Joseph Albert Rowan, Jr. and Colleen (Nolan) Rowan.

Following graduation, he went to Allegany Community College (now Allegany College of Maryland).  Tim was a member of Bob Kirk’s first team at ACC.  In one game, Tim scored 45 points, which is still the 3rd most points scored in a game at ACC.  Tim went on to play basketball and soccer at Western Maryland College (now McDaniel), graduating in 1974.

He obtained his Masters’ of Social Work from the University of MD in 1976 and completed numerous post-graduate programs via U MD School of Medicine.

Tim was Catholic by faith and began his professional career as a Social Work Therapist in 1974 at the Springfield State Hospital before transferring to the Allegany County Health Department.  He taught as a Professor for 30 plus years at Allegany College and was the Director of the Human Services Program at Allegany College.  He also maintained a small private practice out of his home.

For his coaching achievements, Tim was inducted into the Western Maryland Catholic Hall of Fame.  After retiring from coaching, Tim served as the Director of Soccer Operations at Bishop Walsh.

He loved the Notre Dame Fighting Irish football team and was a Lefty Grove aficionado.

Tim was the author of three books on Psychotherapy and Sports Psychology including “Winning the Mind Game”.

Internment will be at Frostburg Memorial Park

A Celebration of Life will be held at a later date.

To order memorial trees or send flowers to the family in memory of Tim Rowan, please visit our flower store.