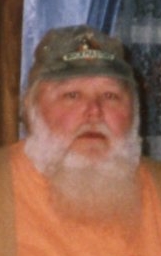 In addition to his parents, he was preceded in death by his brother-in-law, William Britton.

William was a surveyor for Greenhorn Surveying Company and was owner of Piney Mountain Storage in Eckhart, MD.  He loved to hunt and ride four wheelers.

Surviving are siblings, Carolyn Britton, and James R. Felker, whom he called the “Best Brother” and wife Mary Linn; numerous cousins, nieces, nephews, great-nieces and great-nephews; Kit, his furry cat friend, who went everywhere with him; and his many friends on Piney Mountain.  A special thank you to Colleen and Mike Matthews for taking care of William.

Funeral services will follow at 4 pm at the funeral home with Rev. Kenneth Fisher officiating.

Interment will be in Queens Point Cemetery, Keyser, WV.

“Remember, I will be running with the big dogs.  May everybody’s dreams come true” – William Thomas DeWitt.

To order memorial trees or send flowers to the family in memory of William DeWitt, please visit our flower store.