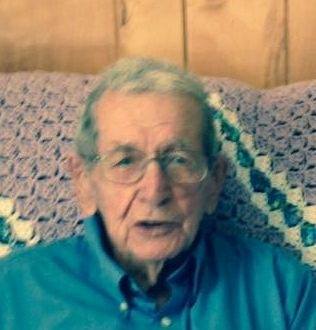 William Lynn “Woody” Greenwood, 91, of Chambersburg, formerly of Corriganville, MD, passed away peacefully on Tuesday, December 27, 2016, surrounded by his loved ones.

In addition to his parents, he was preceded in death by his son, Lynn A. Greenwood; sisters, Grace McMillen and Pauline Greenwood; and an infant great granddaughter.

Woody served in the U.S. Coast Guard during WWII, training service dogs and sailing the Pacific during the war.

He retired from the U.S. Steel Mill in Morrisville, PA, and also retired from the B&N Pool Company in LaVale, MD.  He enjoyed the outdoors, hunting, fishing, sailing his boat and his biggest hobby was his woodworking creations.

Mr. Greenwood was Past Master of Kemp Lodge #154 A.F. & A.M., Mt. Savage, MD, was Past Patron of Mountain Chapter #10 OES, Frostburg, MD, and was a member of the Golden Age Club, Chambersburg, PA.

To order memorial trees or send flowers to the family in memory of William Greenwood, please visit our flower store.