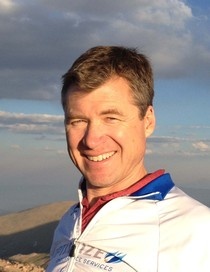 William Jenkins, 47 of Morrison Colorado died Thursday, October 23, 2014, in Frederick, Maryland, as a result of a tragic accident.

William graduated Powhatan School, Boyce, VA, in 1981, and from The Hill School, Pottstown, PA, in 1985, then from The University of Arizona in 1989.  From 1991 until 1994, Will was a helicopter flight instructor in Hillsboro, OR, and a tour pilot in Skagway, Alaska, and was the President of Allegany Coal and Land Company in Frostburg, Maryland from 1994 until 2014.

He was a loving husband and father who greatly enjoyed spending time with his family and friends.  Will lived life to the fullest; he enjoyed adventure and travel.  He was an avid mountain biker, skier, and enjoyed piloting airplanes, helicopters, and hang gliders.

Will made a difference in his community and in the lives of those around him.

He was a member of the Maryland Coal Association, The Greater Cumberland Committee, The Foundation for Frostburg, Inc., The United States Hang Gliding and Paragliding Association, and many others.  He touched many lives and will be greatly missed.

Will is survived by his loving wife, Noelle Alice Jenkins and his sons, William Samuel Jenkins and Thomas Jackson Jenkins of Morrison, Colorado.  Also surviving, is his devoted mother, Linda Jenkins Armbrust and her husband Wayne Armbrust of Boyce, Virginia; his cousin and great friend, W. Stephen Jenkins and wife Christine, LaVale, Maryland; cousin, Stephanie A. Miller and husband Harland, Hyndman, PA; and many more loving relatives and friends.

To order memorial trees or send flowers to the family in memory of William Jenkins, please visit our flower store.