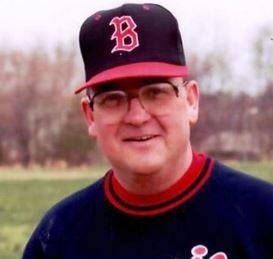 Mr. Seibert was born October 22, 1939 in Eckhart Mines, Maryland, to William Jacob Seibert and Cecilia Monahan Seibert.  Bill’s father worked in the coal mines, as did many men in that area.  His father was a caller at the Saturday square dances in town. Bill accompanied his dad to these dances, which help foster his love of music and dancing.

He attended La Salle High School in Cumberland, Maryland and graduated in 1957. Bill received his Bachelor of Science degree and his Master of Education degree from Frostburg State University.

Bill began his teaching career in Prince George’s County Public School System in 1962.  He taught in Bladensburg and eventually transferred to Tulip Grove Elementary School in Bowie, Maryland.  He remained there until his retirement from teaching in 1994.

Bill taught driver’s education for many years during the summers and worked for the City of Bowie. Coaching was an important part of Bill’s life and had a significant impact on his role in the community.  He began coaching football as an assistant at Frederick Douglass High School in 1975.  He then transferred to Bowie High School and coached the junior varsity football team.

In 1978, he became assistant baseball coach at Bowie High School under William “Bumps” Vaughn.  He was promoted to head coach in 1985 and retired from that position at the end of the 2004 season. He also coached for the Cheverly American Legion, Bowie Senior Babe Ruth, The United States Naval Academy, Prince George’s Community College and the Maryland Crown All Stars.

He was inducted in the Maryland State Association of Baseball Coaches Hall of Fame in 2000.  In 2004, he was named the American Baseball Coaching Association’s Regional Coach of the Year for High School Division One, an area that covered Maine to South Carolina.

He is survived by his wife, Phyllis, and children Mike (Grace Torres), Kathy (Phil Nicholson) and Julie (Chris Armstrong), and his grandchildren Timothy and Caitlyn Hodges, and Kelsey and Jessica Armstrong.

Inurnment will be private in St. Michael’s Cemetery.

To order memorial trees or send flowers to the family in memory of William Seibert, please visit our flower store.