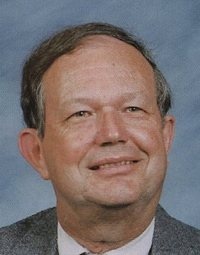 Born June 14, 1944 in Frostburg, Md. He was the son of the late William Milton Thomas and Madelyn (Bender) Thomas.

Doug assisted his parents in operating the T&S Drug Store in Frostburg. He graduated from Beall High School and Frostburg State College. Doug earned a Masters Degree in Social Work from West Virginia University. He retired from the Department of Social Services where he supervised the Foster Care and Adoption Programs. Doug currently worked as a substitute librarian for the Allegany County Library system and also volunteered at the Rest Assured Living Center.

Doug had many life long friends. He was especially close to Kay Bageant and Oliver Breitenbach who were with him at the time of his death.

Internment will be at Frostburg Memorial Park.

To order memorial trees or send flowers to the family in memory of William Thomas, please visit our flower store.